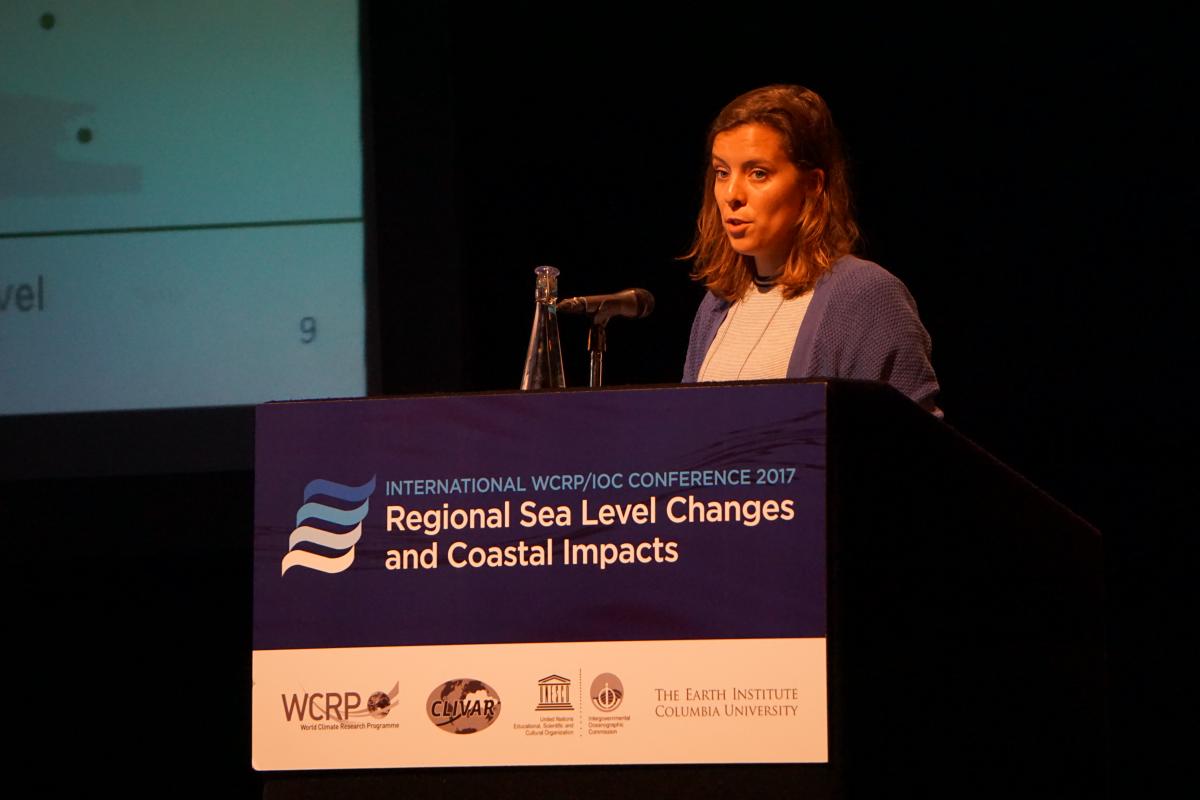 Halfway through the conference, day three brought a series of presentations on the coastal zone. Presenters in the two plenary sessions discussed impacts of rising seas from small island countries to large metropolitan cities like Shanghai, planning and adaptation strategies, and information needs of stakeholders and decision makers. Almost 70 posters were also presented on this theme. A panel closed out the day with discussions about New York’s adaptation strategies and response to Hurricane Sandy.

“Adaptation has many steps. It’s a pathway,” said Robert Nicholls, University of Southampton, when discussing planning horizons for decision makers. Klaus Jacob, University of Columbia, reminded the audience that adaptation is not just a financial problem but comes with political and ethical challenges. Josh DeFlorio of the New York and New Jersey Port Authority discussed their resiliency efforts on sea level rise, noting planning horizons for design reach out to the about 2100. Sandy served as a catalyst for the Port Authority to develop more nuanced and flexible guidelines.

In the evening, Columbia University hosted a public lecture on Sea Level Rise: Causes, Impacts, and Options for Solutions, featuring public officials, scientists, coastal managers, architects, and other stakeholders. Around 400 people attended the event in person as well as online participants. An archived recording is available here.

Below are highlights from the day’s presentations.

Check out the conference story collection and follow #SeaLevel2017 for live updates.