The dynamics of sea level rise today and into the future 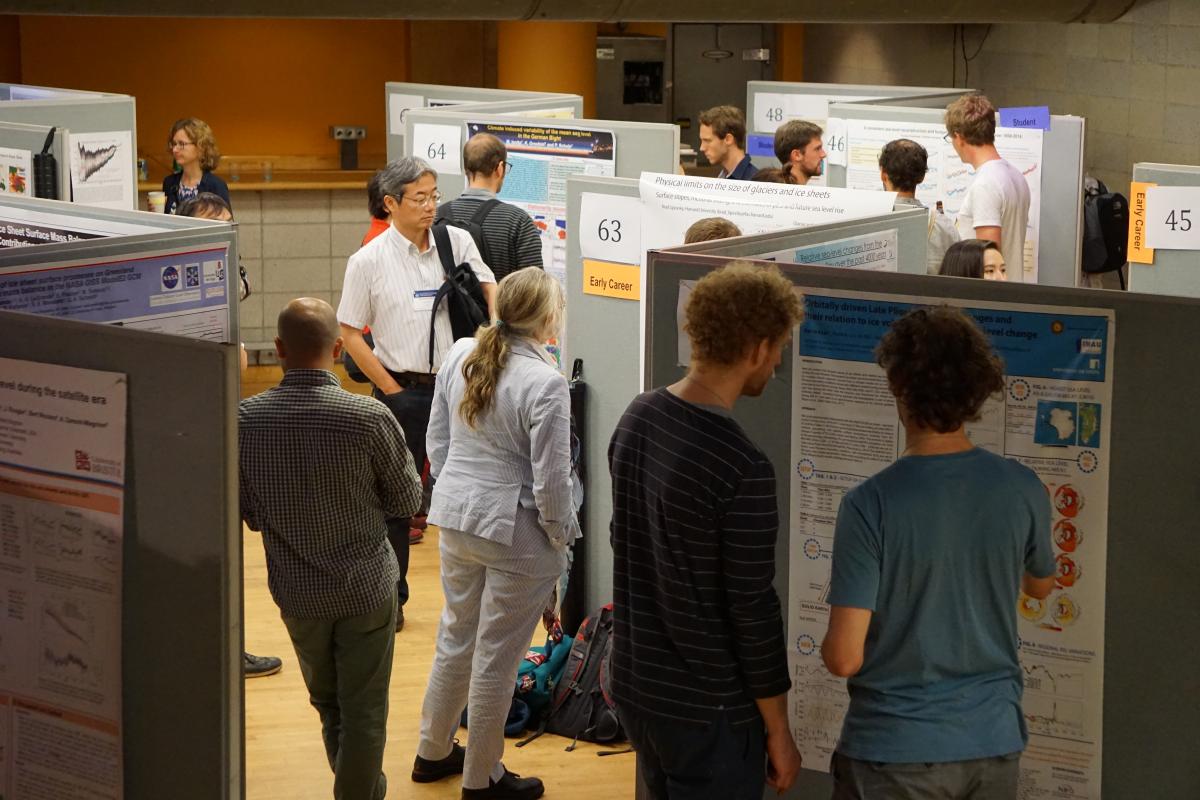 The conference rolled into the fourth day wrapping up the contemporary sea level presentations and beginning to address future projections. The two plenary sessions had corresponding posters for each topic. Participants also heard about the evolving requirements of integrated sea level observations for regional and local decision making during the town hall.

Katy Hill, scientific officer for the Global Climate Observing System and Global Ocean Observing System, framed the town hall by wanting to know how we get the global ocean system humming to meet our decision making needs, particularly the requirements for moving into the coastal regions. The resolution depends on the application for the temporal and spatial sea level data needs of decision makers, said Melisa Menendez, University of Cantabria. We require observations from global and regional scales but need to reach down to the scale of a city, according to Gary Mitchum, University of South Florida, who works with local officials to provide scientific guidance on coastal projects that will be influenced by rising waters. We also need to resolve flooding events that last for less than a day. NOAA is developing products that try to show people that sea level rise is happening now, as compared to a far-off threat. A few opportune areas for improvement include enhancing ocean observations in the coastal region, engaging better with hydrologists and other disciplines, co-locating observations (e.g., at tide gauge stations), and improving understanding of the continental slope region.